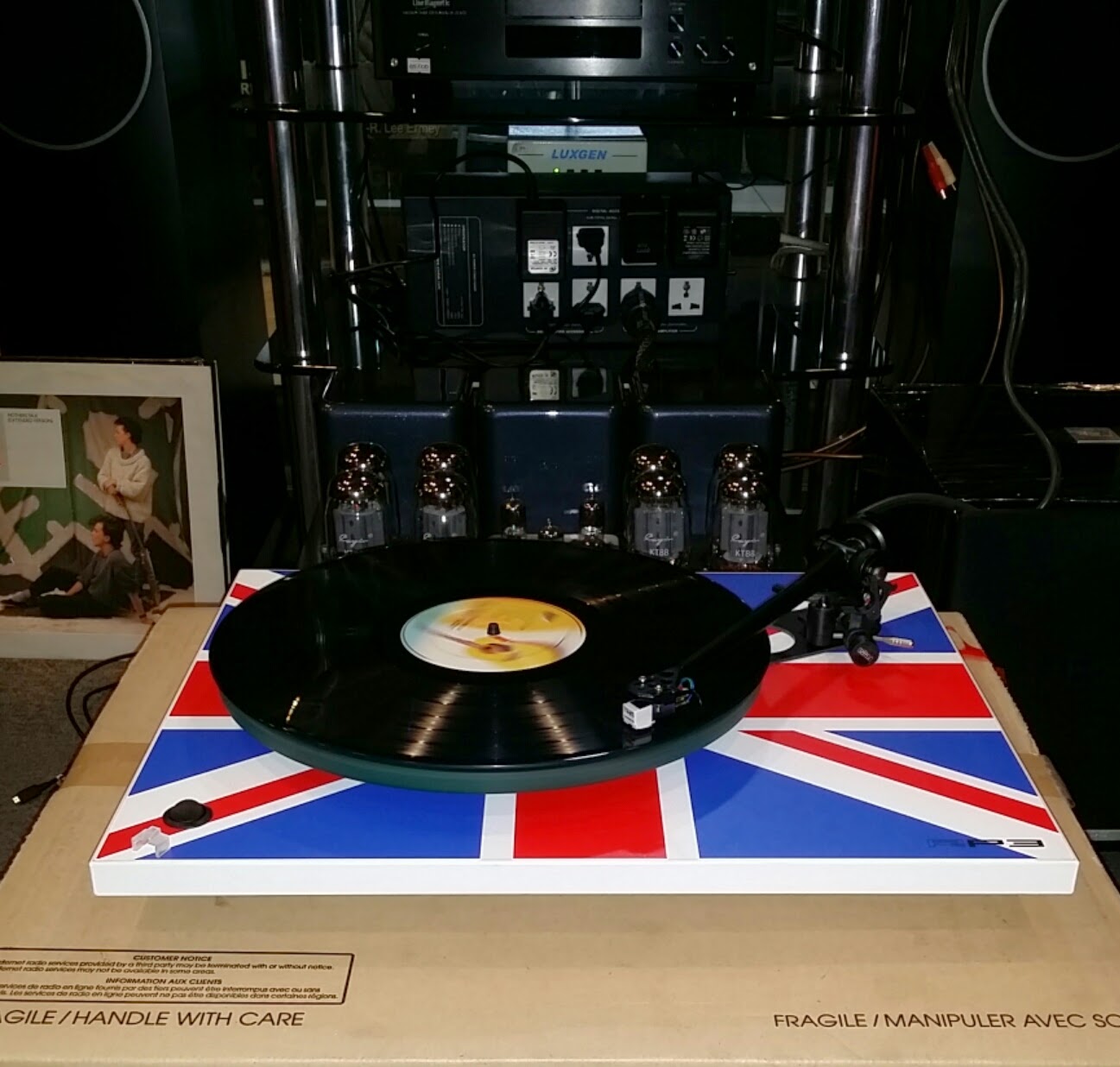 So I went to a shop today, and asked for a demo of the Rega RP3 turntable. And my first questions were:1. Can you choose which track or song to play? And if yes, how do you do that? 2. What happens if you fall asleep while you're listening to a "record" and the record ends? (yes, that's what they used to call 'em). Will the turntable automatically stop, will it go back to the first track, will it make screeching sounds? Hahaha.

We used to have a turntable (the kind enclosed in a cabinet), but I don't remember if I ever fiddled around with it enough to know how it worked. My memory of playing music starts with cassette tapes (and for the young ones, yes, the "mixtape" featured so prominently in Guardians of the Galaxy). The cassette tape players (think John Cusack and Say Anything) had Stop/Pause, Forward and Rewind buttons. You could sort of choose what track to play. And it automatically stopped when you ran out of tape.

It's funny how the world works. Music started being played "live", and then you could play it at home with vinyl. Then cassette tapes and CDs became the norm because you could bring the music with you, wherever. Nowadays, ipods and phones have supplanted CDs because one can store thousands of songs inside, or stream music through them, making music even more portable.

And yet, vinyl, which was supposed to have died and become extinct, is still around. And surprisingly, resurgent. Which makes me wonder - is it because one can actually see the album art (not the puny view from iTunes or spotify), or read the liner notes (no such thing with digital files)? Is it because you are forced to listen to the entire album, not just the one song which was #1 in the charts?

So excuse me while I re-read High Fidelity. And, as Zooey Deschanel says in Almost Famous, "Look under your bed. It'll set you free."
Posted by Meg at Thursday, November 27, 2014 No comments:

SM Savemore in Acacia Estates has been open for a while now.

But for those not yet familiar with it, here's a mini-tour of what's inside. I would describe it as a basic grocery, with all the essentials. 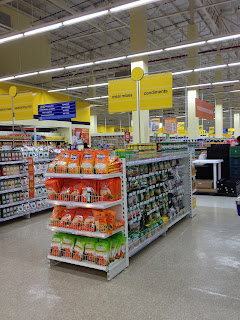 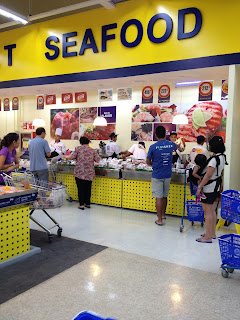 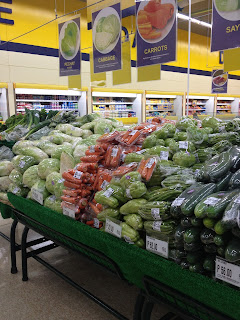 It also has its own bakery, a small Watson's branch, a China Bank Savings branch with ATM, and a Bills Payment center. There is even a Western Union counter.

In addition, there are some establishments outside the supermarket such as the Brera Deli

Wingman is at the basement portion of what is known as Casa Real, a Spanish-themed events hall.

1. It's a good alternative for those of us who live in the non-BGC side of Taguig.
2. There's ample parking, though you have to pay 20 pesos for it.
3. There's an ATM and a bills payment center.
4. The location is secure, as it is inside Acacia Estates.

1. It's a very basic grocery. The choices in the imported section are very limited.

*Note: This is the 4th in a series of posts I've made about supermarkets in Taguig, particularly those located outside the BGC area. The others I've found are Puregold Taguig in Gen. Luna St., Wellcome in McKinley Hill and Parco Supermarket, also in Gen. Luna.

The Bureau of Jail Management and Penology is building what is supposedly the most modern jail in the country. Here is GMA-7's news report on the structure, which is scheduled for completion in 2015.

Last August 2013, I-Witness (of GMA News TV) did a documentary on the Fort Bonifacio War Tunnel. Here's a brief excerpt of the write-up for the documentary:

Bonifacio Global City is a bustling megacity at the heart of Metro Manila. It is a fast-developing commercial and residential hub, with skyscrapers sprouting everywhere.  But amidst the modern developments lie a secret rich in history.  Deep beneath the concrete roads is an underground labyrinth of tunnels…remnants of the city’s military past, when it was called Fort McKinley.In 1941 General Douglas McArthur ordered the construction of an underground aerial bombing-free Air Warning Service of the Army Air Force. But two months after its construction, the Japanese bombed Fort McKinley and the headquarters above the tunnel was obliterated. In 1942, the Japanese entered Manila.

And here's the link to the video:

I'd been thinking of getting a pedometer just to see how active, or should I say, inactive I am on work days when I am usually desk bound. For this purpose, I recently got a Fitbit Zip. 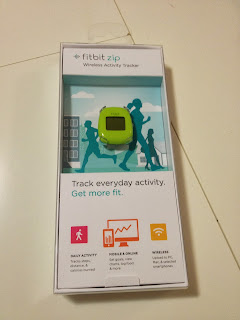 The Zip is the "entry-level" Fitbit. It's basically a glorified pedometer in that it's only able to track your steps (it can't distinguish between flat surfaces and stairs), the distance you cover, the calories you burn and your "active" minutes (i.e. the times when you are doing cardio workouts and high intensity activities like jogging and running). The higher-end Fitbit models track stairs and even your sleep.

To navigate around the Zip, you just tap your fingers on the screen and it will change to show the following: time-number of steps-distance-calories burned.

As shown below, the package comes with the following:

1. The Zip itself;
2. A clip/case/pouch (which you can clip on to various pieces of clothing);
3. A 3V coin battery;
4. A battery door tool (basically, a contraption which you can use to open the battery compartment of the Zip so you can put in, remove or change the battery); and
5. A wireless sync dongle (to connect the Zip to your computer, whether PC or Mac). 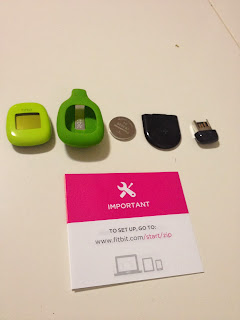 To get started, I had to set up the Fitbit Connect software which you can download here.

Then, I was asked to input my personal information and connect the wireless sync dongle to a USB port in my computer so it can "pair" with my Zip.

Voila, I was now ready to go. I could already wirelessly sync the data from my Zip to my computer. To view the information collected by the Zip, however, I had to log on to Fitbit.com. The Fitbit Connect's only purposes are set up and sync the Zip.

When you log on to Fitbit, you will see the Dashboard, which contains the same information from the Zip but presented in a very nice visual format: number of steps, distance covered, calories burned. In addition, you can see the information not only for the day, but for the past days. You are also encouraged to input your weight and the food you eat.

Fitbit also has  iOS and Android apps which will enable the Zip to sync data to phones via bluetooth. Note, however, that support for Android devices is limited. Right now, it's basically just Samsung phones/tablets and only the Galaxy S3, S4, Note II and Note 10.1. For example, I have a Nexus 7 and I was able to install the Fitbit app there. However, I can't sync the Zip with the Nexus 7. What happens is that if I sync to my iPhone 4S or my desktop, the information uploaded by the Zip finds its way to the Nexus 7.

Personally, I love having the Zip. It has made me realize that in some days, I barely move from my desk. It thus serves to remind me to step out, walk around a bit to clear my head (and increase my steps) so I'm not too far off from my daily goal. Also, I like the fact that Fitbit sends a weekly e-mail summarizing my achievements (or inactivity) for the week. It gives badges when you first take 5,000 steps or 10,000 steps to encourage you further. It also has a social feature which allows you to "invite" friends in the hope that you can prod or egg each other on.

I would like to point out some cons, however:

1. There's a chance that the Zip will slip out of the clip. When wearing jeans or slacks, I suggest to put the Zip inside your pocket or clip it to the pockets with the Zip facing inside, like this: 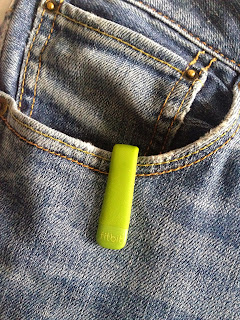 2. The screen of the Zip is not too responsive to tapping. Sometimes, it takes 2-3 taps before the screen changes to show the next info.

3. There is no authorized distributor in the Philippines which means, if something goes wrong with your Zip, you can basically kiss it goodbye. In fact, the Philippines is not yet one of the countries you can pick on the drop-down menu when you set up your personal information. C'mon Fitbit, is it so hard to just include all countries in the menu?

P.S.  While I got my Fitbit outside the country,  I've seen a few sellers over at Sulit selling some of the models.