The controversy about SM Aura

According to ABS-CBN News, there is a brewing legal battle over road access inside BGC, particularly affecting the newly-opened SM Aura:

Traffic jams greeted consumers checking out SM Aura in Taguig.
It's not just because there are too many cars trying to park but more because its connection to Ayala's Fort Bonifacio through McKinley Parkway is closed.

On one side of the dispute is Bases Conversion and Development Authority (BCDA), which is Ayala's partner in Fort Bonifacio.

On the other is the Taguig local government.

BCDA donated 40 hectares of the old military base to Taguig for a civic center, but Taguig leased the property to SM Prime in exchange for building the civic center within SM Aura.
BCDA said the mall shouldn't be there but civic-oriented facilities, unless the donation agreement is amended.

SM tried to pave the road as Aura's opening neared, but BCDA stopped them.

According to GMA News (and confirmed by Rappler), Taguig has now been declared an "area of immediate concern":

Last January, I wrote about SM and DMCI's plan to open a Savemore branch inside Acacia Estates in Taguig.

Here's an update on the construction: 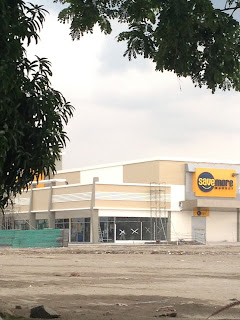 In my quest for groceries in Taguig, I stumbled upon one called Wellcome: 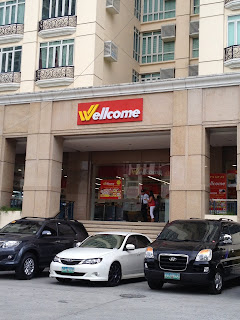 It's located in the ground floor of Megaworld's Stamford Executive Residences, which lies within the McKinley Hill area. There's parking along the building and in a small parking area in front, but it's not free - they charge Php 30.00 pesos. 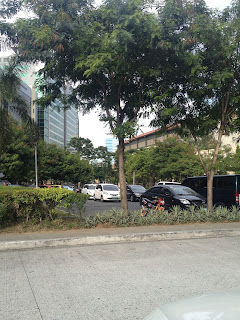 The Wellcome branch in McKinley Hill is not big. It's comparable in size to Rustan's Fresh in Greenbelt 1 or a Puregold Jr.-type of grocery. 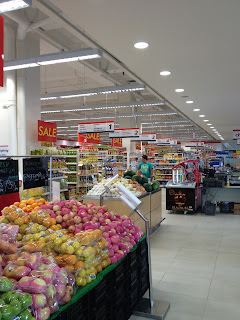 There are only about 11 aisles which are a bit narrow. The selection limited. In other words, it's for everyday needs, sort of like a bigger 7-11. 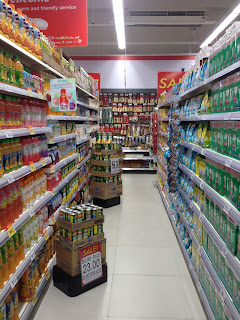 I learned from the staff that they only opened last April 12. And when I was there, the aircon wasn't working so let's just say I made my way out fast.

When I first moved to Taguig 3 years ago, one of my main complaints was the lack of supermarkets (apart from the one inside Market! Market! and S&R). As a result, I've tried to keep track of groceries which have opened since then, in various parts of Taguig. Here are the others I found: